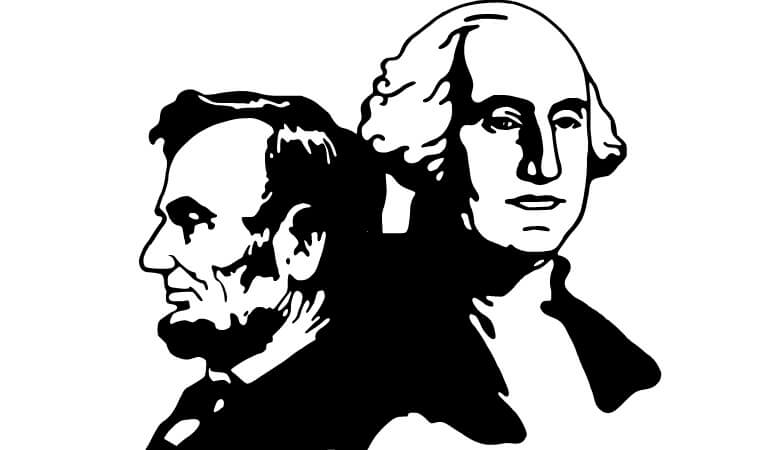 By all accounts, our Founding Fathers were men of great mettle—men that our country looked up to in times of strife and uncertainty. But they weren’t perfect. In fact, many of our most famous presidents have had terrible teeth.

Here are just a few presidents who didn’t see their dentist nearly enough:

George Washington had terrible teeth for most of his life. Well, to be more precise, for much of his life he had no teeth. At his inauguration in 1789 he had only one working tooth left. Having lost all his teeth by middle age, President Washington wore dentures made from ivory, lead, and pig and cow teeth. He even wore dentures made from human teeth, which were very common in the end of the 18th century. Washington might have had bad teeth, but he never gave up hope; until he died, he spent money on different types of toothbrushes and cleaning solutions.

John Adams was also lacking in the dental department, and, like Washington, he lost them young. However, unlike Washington, he refused to wear the uncomfortable dentures of the time. He had a lisp from the missing teeth and rarely opened his mouth when he didn’t have something important to say.

John Adams’ son, John Quincy Adams, also suffered from a multitude of dental problems as an adult. But the cause of his issues was different. As a child, he was given mercury as a treatment for smallpox, which eroded his teeth. He also started smoking before his tenth birthday, which didn’t help the situation.

Abraham Lincoln was known to despise going to the dentist. That might have had something to do with the lack of painkillers available to patients when, in 1841, a dentist injured Lincoln’s jaw while pulling a tooth. Due to this fear, he only visited the dentist four times in his life. Lincoln was one of the first people outside of the medical community to use chloroform as a medical anesthetic, which he self-administered before some of his later dentist appointments.

Our presidents’ dental loss doesn’t have to be yours. Thankfully, we have two hundred years of dental advances that make going to the dentist a walk in the park compared to what these men went though. The Parkside Family Dental team is there to provide gentle, comprehensive dental care!

Is it time for your own dental check-up?